LinenMe received quite a bit of attention from Lithuanian press recently, and we’re pleased to be able to republish an interview with LinenMe founder Inga Lukauskiene, which appeared in “Lithuania Today” magazine.

Let’s start from the very beginning. How did linen come to your life? How did you start this linen related business?

Linen production was not the first business area I got involved. Firstly, my family had a floral business and as a little girl I used to help them sell flowers at a local market. Another task for me as a little helper was to assist with the gardening duties at the rose greenhouse, and at one point there were nearly a thousand of rose shrubs! I loved arranging flowers into bouquets, so I suppose this was the first time I had to do colour arrangement and design! 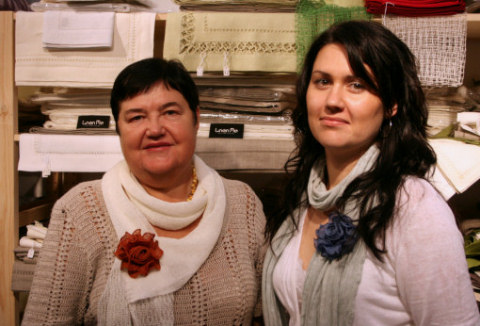 Once Lithuania gained the Independence, my mother, who has worked in linen industry for over 35 years, established her own linen production company in Plunge. For many years this company has been manufacturing luxurious hand-made linen tablecloths, towels, bedding and other home accessories, but all this production was carried out for foreign clients.

How was LinenMe started? What inspired you to try selling Lithuanian linen to the British customer?

I have been involved in linen production process since the very beginning, and it always struck me that no matter how high the quality is of our Lithuanian linen, it will still bear the name of some foreign brand, sold at a famous high street shop or a department store with just a tiny mention in the tag “Made in Lithuania”. We decided that it would be excellent to develop our own Lithuanian linen brand and try to establish it in the European, or perhaps even global, market. This is how LinenMe was born in 2007. In November 2007 the online shop was officially opened and LinenMe products became widely available to the UK market. 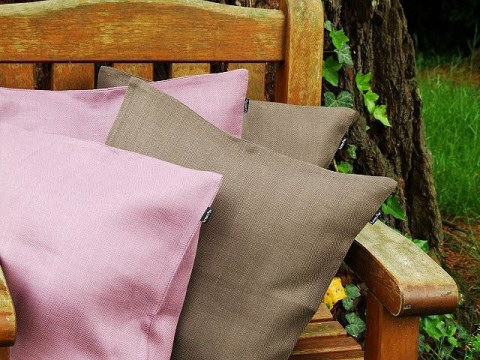 What makes your linen production unique, different from others?

At LinenMe we have remained focused on producing hand-made linen items, such as hemstitched tablecloths, linen napkins, huckaback towels, cushion covers and luxurious bedding. Old traditional Lithuanian crafting skills are highly appreciated worldwide, for instance, stunning embroidery, intricate hemstitching, crocheting and so on. For many years linen in Lithuania was just something you would see at your grandmother’s place, old-fashioned, un-cool and dated, however, in recent times linen is going through a revival stage. Pure linen is getting more and more popular, vintage weaving and designs are fashionable again, and linen shops in Lithuania are not just for the tourists!

I would say the main difference is that our high quality linen reaches the customer without going through all the unnecessary designing/branding/marketing circles that inflate the cost of linen. We are the designers and manufacturers in one, offering affordable luxury. 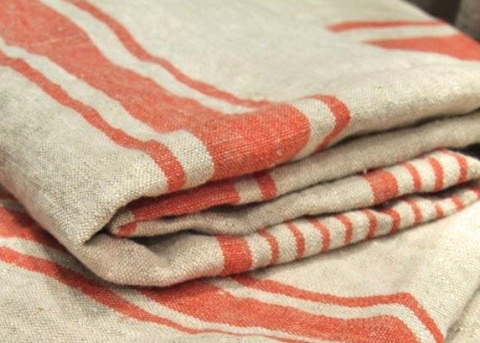 Are there any differences in what sort of linen styles and designs are popular in different countries?

Tastes and preferences differ depending on local traditions, popular styles and standards. Shoppers from certain regions adore coloured linen products, while others go solely after natural unbleached/undyed linen look. For example, shoppers from the US prefer natural, earthy colours – browns, greens, oranges, while the British love blue. At the same time, blue-dyed linen is not on the European shopper’s mind either. Scandinavians absolutely adore natural and white linen, but from our perspective we try to cater for all styles and tastes.

Home improvement is extremely popular in the UK, and updating your home with soft furnishings, a set of new curtains, a couple of colourful cushions or new upholstery fabrics for your sofas can be financially rewarding and much easier to achieve than to repaint and refit the whole living space.

Absolutely! Even though Lithuania, as a small country in the Baltic region, is better known for its basketball achievements and amber jewellery, I am a strong believer that Lithuanian linen also represents the country in the global context very well. I think flax growing and linen weaving as an industry withstood many difficult periods in its history, but without doubt Lithuanian linen is well-known for its quality, traditional methods of processing, weaving, embroidery, hemstitching and so on. 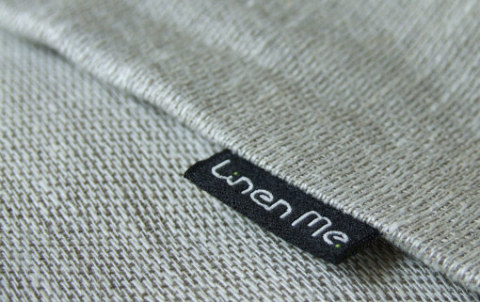 Baltic linen is highly appreciated by textile experts all over the world, and many globally-known brands produce their linen in Lithuania. Lithuanian climate has always been perfectly suitable to grow high quality flax. Baltic linen is unique for its naturally darker shade; the darker the fabric the better. It is unfortunate that Lithuanian flax growing industry is struggling at the moment and is not being treated as an important industry that deserves to be cherished. Traditional flax growing and linen production techniques are a significant part of Lithuanian heritage.

How popular is linen back in Lithuania?

I would say that linen wouldn’t be as popular in Lithuania if it wasn’t for the global trend – people all over the world tend to switch back to using natural textiles, investing in good quality affordable linen products. Perhaps we haven’t learnt to appreciate what we’ve had for centuries under our noses?

Linen bedding, soft furnishings and accessories are coming back to fashion, and Lithuania isn’t an exception. Home design specialists started offering wider ranges of linen products, in many cases labelled with foreign brands, but highly likely manufactured and produced in Lithuania.

Traditional Lithuanian folk outfits always included linen garments and amber jewellery. Lithuanian amber is valued for both its looks and healing qualities, while Lithuanian linen is unique for its dark natural shade and durability.

The look of a linen dress paired with an amber necklace is one thing, but using pure linen and amber in interior design is a completely different story. Linen napkins look great with silver napkin rings, but they also can be decorated with amber-bead rings. We have added some table accessories made from Lithuanian amber to our assortment this summer, but it’s a matter of preference really. 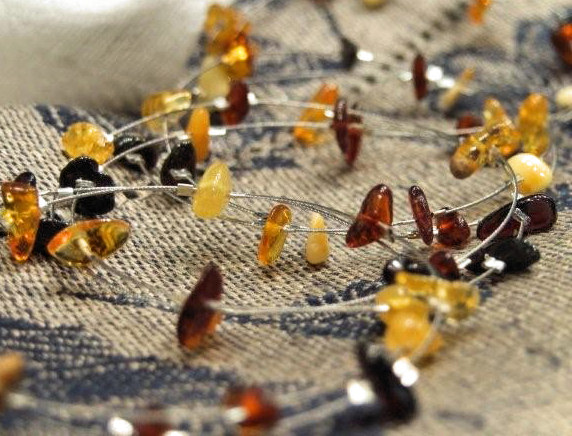 While exhibiting at The Spirit of Christmas Fair in London last November we had some amber bead napkin rings displayed in our stand. Surprisingly, hardly anyone assumed the accessory was made with real amber. They thought it was plastic!

What inspires you while creating new designs for LinenMe? How difficult is it to run an e-shop?

As Lithuanian fashion designer Aleksandras Pogrebnojus once joked, “The reason why each year new colours are announced fashionable is to allow the designers to sell exactly the same garment over and over again.” But on a more serious note, we attend textile fairs and industry shows (such as Heimtextil in Germany) where new trends for the next season are announced. Knowing and understanding the forthcoming trends is essential while creating new linen collections. 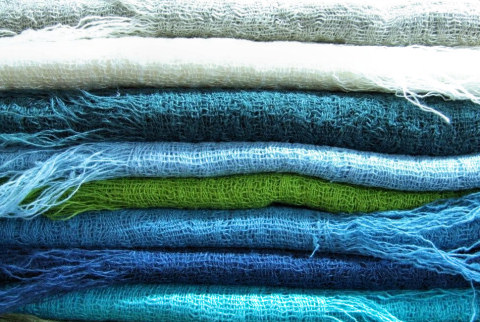 We do not hire any external designers to design LinenMe products. As a recent graduate of London’s KLC School of Design, I am the main designer behind each and every product.

Inspiration comes from everywhere, any time of a day. We also offer bespoke linen design services, and are encouraging our customer to become a home interior designer himself. DIY is extremely popular nowadays, and if someone is looking for a specific soft furnishing, we are glad to produce it.

Once items are designed, they are produced in Lithuania and sold exclusively online. The process of running an e-shop is not that different from any other online business, but what is really convenient that whatever the design, we can produce it and deliver it within the shortest possible period of time.

Hello
I will be visiting Lithuania between August 2 thru the 18. I would like very much to visit your shop sometime during that time. I will be attending a wedding on the weekend of the 14 so I will not be available on those days but before and after I will be available. I would also like to meet with you to discuss doing business with you.
Sincerely,
Joann Meerloo
New Jersey, USA

Thank you. Very interesting, and I DO. love linen. So pleased to find you. [email protected]