Products of LinenMe were presented at New York International Gift Fair (NYIGF) in the end of August, 2010, and were appreciated by thousands of visitors. “The 2010 summer edition of New York International Gift Fair was the largest since summer 2008, with 2,800 exhibitors in 534,000 net square feet of exhibit space,“ – tells Inga Lukauskiene, the owner and chief designer of LinenMe. „More than 33,500 attendees visited the market, which ran August 14-19, 2010, at New York City’s Jacob K. Javits Convention Center. It was the second time LinenMe took part at the Fair,” – shares Inga. 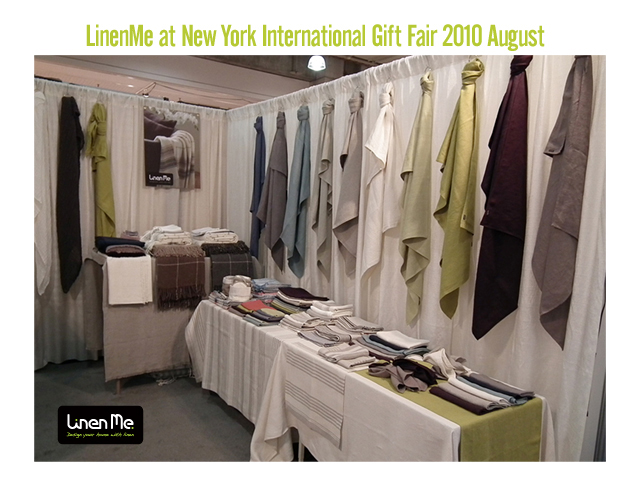 This time LinenMe team focused their attention on displaying and presenting new linen towels, as these are the most appreciated products by linenme.com clients. New colors of Lara linen towels were exhibited – now there are 11 colors of these soft and beautiful towels to choose from. The soft – garment washed – fabric and unusual colors attracted lots of attention and amazement from the visitors of the Fair. Anyone who craved for something subtle and unusual in their bathroom could purchase some lake blue, chambray, flax or dusky lilac colored towels! 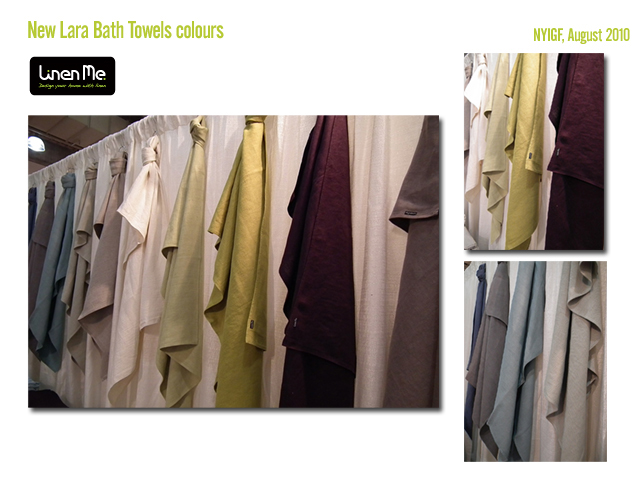 “Lara collection was expanded and now includes some table linen and throws, which were also presented at the Fair. Distinctive feature of Lara collection is a rustic look design, which is very trendy at the moment,” – tells Inga Lukauskiene. “We are happy our energy and efforts when creating the collection paid off – our rustic look Lara towels of new colors were a great success at the Fair. Not only were the design and color palette but also the quality of products appreciated.” 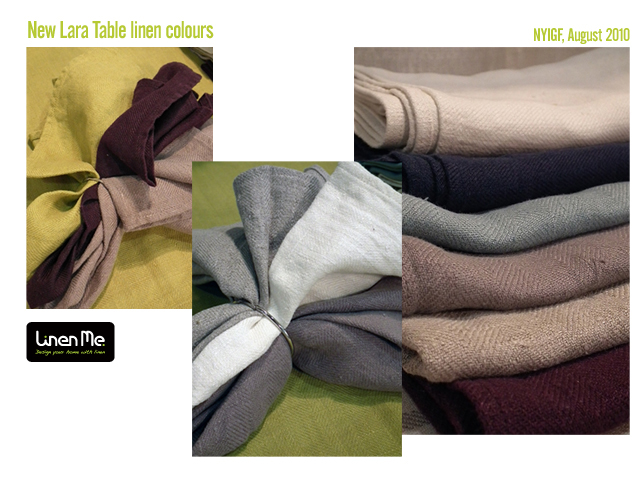 Multistripe huckaback towels with fringes were more news from LinenMe at NYIGF. As these towels are very popular with LinenMe shop clients, they were renewed and presented at the Fair to see what potential customers think. And the opinion was the fringes add some romantic and rustic style which suit linen fabric towels very much. Hooray! 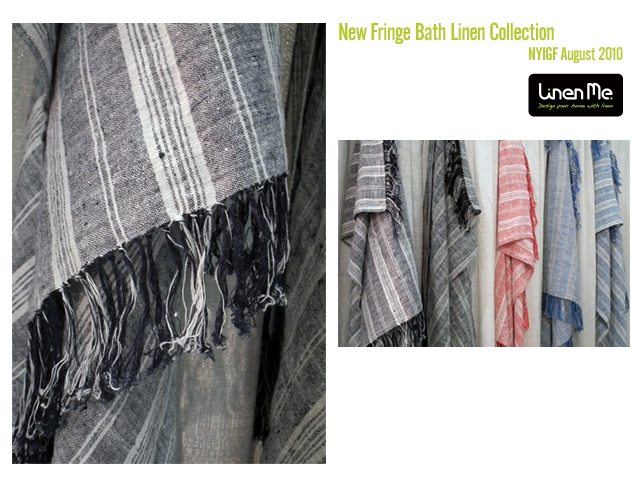 “Taking part at some grand international event is always a challenge as it takes so much hard work and dedication to prepare and physically work there,” – shares Inga Lukauskiene, “but it always pays off as meeting so many different people with different needs and attitudes gives so much insight and inspiration it is enough to work with for a whole year! And it also is such a pleasant experience to talk to people face to face about our products and see their positive and often astonished reactions when they examine and touch our linen textile items! It makes me proud to a part of LinenMe!” 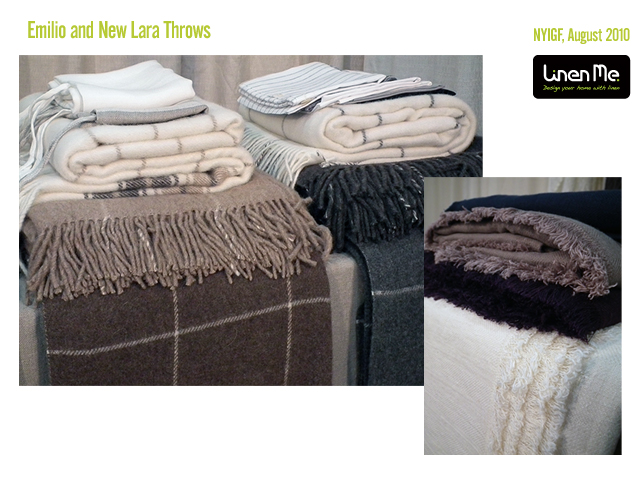 In spite Inga has come back from USA just recently, she is already arranging participation of LinenMe at Maison&Objet international exhibition in Paris, France, in September. She wants to present her new textile items in Europe as well. Should you be in Paris from 3rd to 7th of September, 2010, visit us at the exhibition!

All the items presented at NYIGF and Maison&Objet will become available at linenme.com shop in the end of September, 2010. Please, come round! 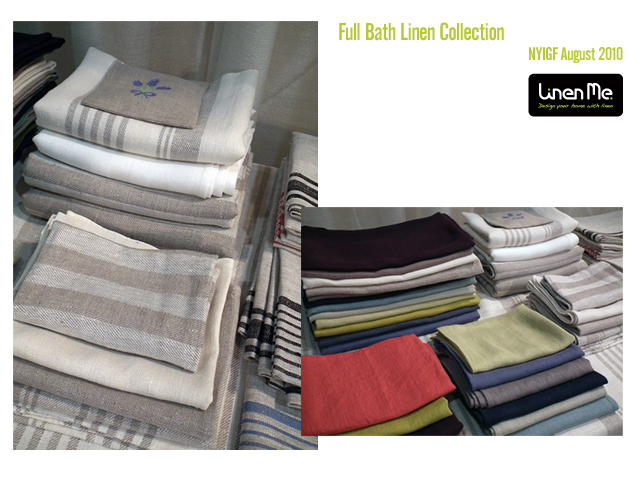