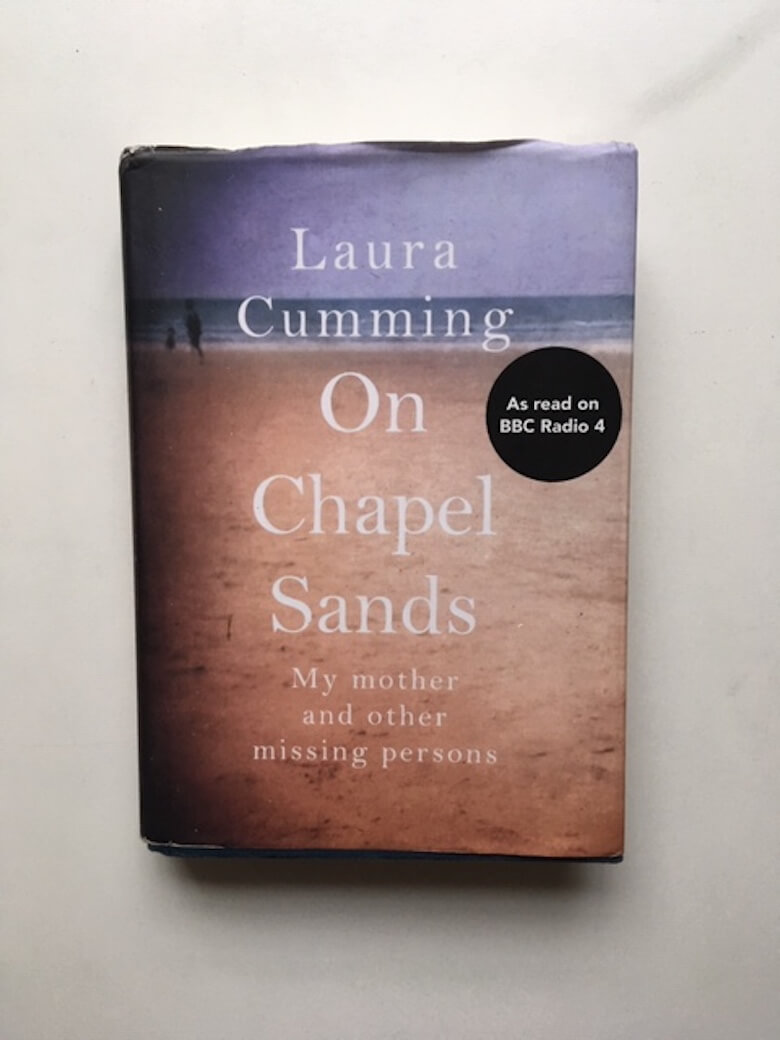 The mystery surrounding her mother’s disappearance begins on a beach in Lincolnshire in October 1929. A little girl, aged three, is playing on the sand and, in the flash of a moment when her mother takes her eyes off the child, she is kidnapped. A local search begins and a telegram is sent to tell the girl’s father to come home from the business trip he’s on. But no-one saw what had happened. Or no-one was willing to speak up. Thankfully, five days later the girl was found safe and well in a house a few miles away. Cumming’s mother, now an old woman, has no memory of anything that happened during that strange week. For Cumming the story needs a resolution, and she begins to piece together what may have happened.

Some of the most lyrical passages are those that describe pictures, like this luscious rendering of a photo taken by Cumming’s grandfather, George:

‘Here is Veda in that neat house, photographed by her husband George in the first year of marriage. She stands stock-still in their modest kitchen. The exact size of this room is standard for its time and place – ten feet by eight… [The] window is open. It is late spring or summer. Veda’s dress is light cotton, striped, the sleeves rolled up. On the table before her is a small theatre of objects: some bowls, a brown glazed teapot and a rectangular pie dish. She is peeling apples for this pie and the dish is the white enamel type that eventually chips, exposing a thumbnail of black tin. I have it still, as I have the teapot, which came from India; and I used to have the knife, so sharp it could skin a pepper… These objects connect both ends of a century.

The sunlight coming through the window is strong and clear, responsible for making everything visible in that room on that day, but also (literally) for creating this photograph. It is diffused through the rectangle of white muslin so that the image is evenly focused and lit… The radiance of his new bride is to be matched by the gracious light flowing through the window: that is the point and poetry of his picture. It is a beautiful image by any standard, carefully considered, exquisitely lit and composed.’

These paragraphs show how Cummings meticulously sees things, how ordinary objects become a thread that connects three generations of women, and how a photograph can reveal something of the relationship between its subject and its creator. On Chapel Sands is a sensitive reconstruction of a terrifying event, and of a writer’s drive to fill in the blanks in her own mother’s story. It’s a love letter to family, to forgiveness, and to the little girl playing with her spade on the shore.

The next book we will be reading is Americanah by Chimamanda Ngozi Adichie. Drop us a comment below if you’d like to be entered into a draw to win a copy. Have you read On Chapel Sands? Let us know what you thought, or if you’ve got any recommendations for books to feature tell us in the comments and we’ll add them to our list of Bookclub titles.