For this month’s Book Club post we’re reviewing the memoir Educated by debut American writer Tara Westover. We had heard a lot of hype about this book before we read it, which is often a dangerous thing. It can taint how you approach reading something, knowing that everyone else seems to love it. So it was with some trepidation that we started Educated. But, happily, we thought this compelling book was just as good as they say it is. 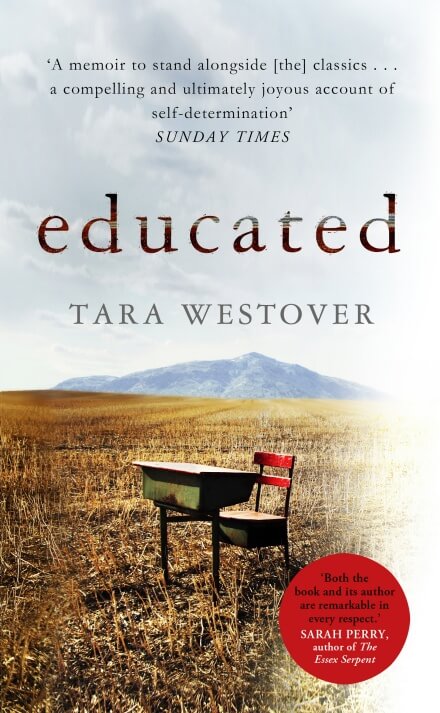 Westover was born into a strict Mormon family who lived on a farm and scrap metal yard in Idaho, at the foot of a mountain called the Princess. The landscape of her childhood is almost a character in itself, as Westover describes her frankly extraordinary upbringing against a backdrop of rugged hills and open plains. She and her siblings were not sent to school, were never treated with Western medicine, were taught to believe that dairy products were sinful, and they didn’t have birth certificates. In a shocking exchange in the book Westover’s mother even loses track of how old her daughter is. Her father believes that the world will end at the turn of the millennium, and his children have packed rucksacks ready to escape into the hills when armageddon comes. The family bury fuel, stockpile food and guns and live under the constant threat of imminent demise.

There is little money and no respite from the gruelling, and dangerous, work the children are expected to do around the farm. When her father and brother are seriously injured in different accidents they are treated with herbal medicines prepared by Westover’s mother, who herself suffers a major concussion but is not taken to hospital. It’s hard, as an outsider, to understand how people could put their children’s (and their own) lives at risk like this, but Westover is never preachy nor condemns her parents, even though she has every right to. When her older brother becomes violent towards her, her parents collude in the abuse and fail to protect her. But again she tries to examine why they behaved like this. This is what distinguishes this book from ‘misery memoirs’: the intelligence of Westover’s writing and her quest to explore and explain what happened without melodrama or for shock-value. 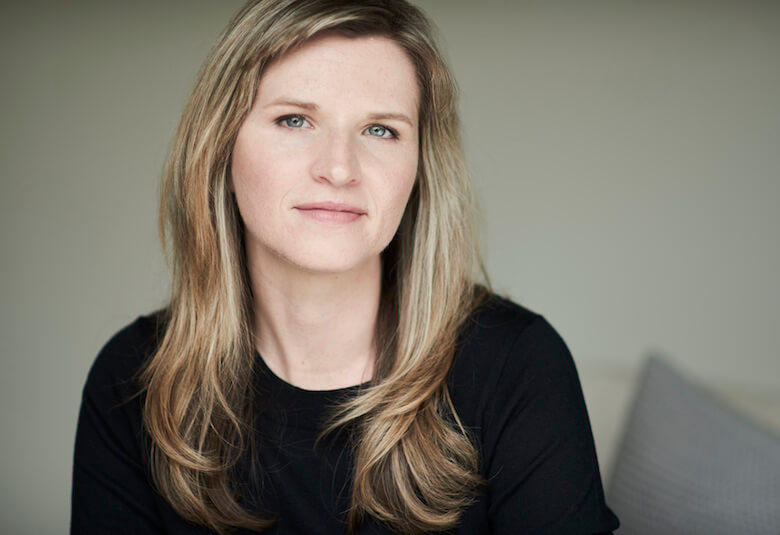 The inspiring redemptive thread in Educated is how Westover used books borrowed from one of the brothers to educate herself. Despite not even setting foot in a classroom until she was 17, she felt the pull of knowledge and saw learning as a lifeline that might take her away from her difficult life. Torn between being a ‘good’ daughter and escaping from the home that felt like a prison, she wrestles with the dilemma of whether she should leave: ‘I could stay, and search for what had been home, or I could go, now, before the walls shifted and the way was shut.’ She is faced with having to choose between what she feels she owes her family, and what she owes to herself. Even though, as a reader, you know that she takes the latter path you can’t help but will her on, hoping she manages to find freedom. She earns a place at a nearby Mormon university (where she is ostracised for asking a lecturer, in all innocence, what the Holocaust was). She is whip-smart and eventually ends up gaining a PhD at Cambridge University. This is such an incredible journey from the damaged, grubby, fearful child she had been that it makes you catch your breath.

What runs through Educated is a forceful belief in the power of books to change lives, and a tenacity and intelligence that shows us all how we can alter what seems to be a preset course. It doesn’t offer platitudes and simplistic solutions, but instead illuminates the complexities of families, the societal shackles that can hold us back and the agency we all have to change our lives.

Tell us what you thought 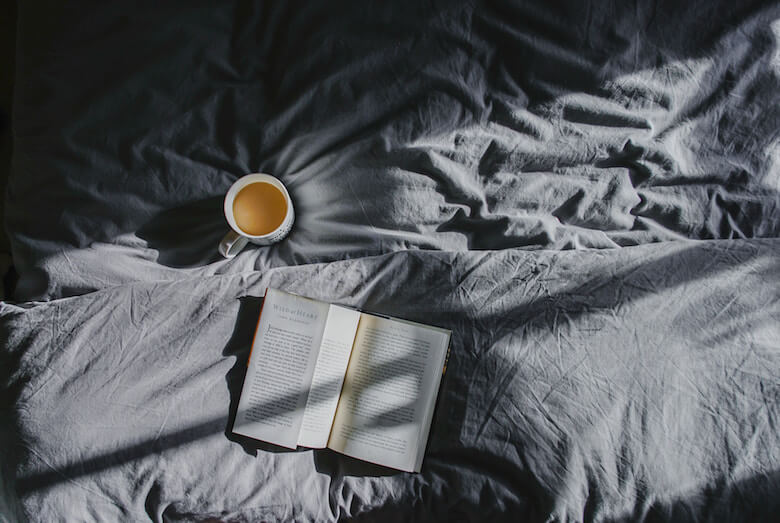 Did you read Educated?  Let us know what you thought of it in the comments below. We will enter anyone leaving a comment into a draw to win a copy of next month’s Book Club book, An American Marriage by Tayari Jones. This novel has been lauded by Barack Obama and was selected for the Oprah Book Club, so we have high hopes. It tells the story of a middle class African-American couple whose marriage unravels after the husband is wrongful convicted of rape and sent to prison for 12 years. If you fancy winning a copy, let us know below about anything you’ve read recently, and any recommendations for other readers.

Other books we love

To read about the heartbreaking, moving story of a long-lost grandmother whose life is reconstructed through a book of handwritten lists go here, and for a peek at a stunning cookery book that tells us as much about styling food as preparing it, go here. For ideas about creating a cosy reading nook in your home check out this post.