LinenMe Bookclub: You Will Be Safe Here

This month’s Bookclub read was Damian Barr’s You Will Be Safe Here. This is Barr’s second book – his first, a memoir titled Maggie and Me, recounted his experiences growing up as a gay boy in a tough area of Glasgow. Having loved Maggie and Me we were excited to read this new one, a novel. And it didn’t disappoint. So often when you’ve loved a writer and they branch out to a different genre, form or voice you can find it doesn’t connect with you in the same way. But this book had all the emotional punch of Barr’s first book, with a broader narrative and ingenious structure. We loved it. Here’s why.

The book starts with the story of a white settler in South Africa during the Boer War. Sarah van Der Watt is evicted from her family farm by British forces, the enemies of her husband who is away fighting. The British swept across the Orange Free State burning Boer houses and rounding up women and children, who were then interred in what were effectively concentration camps. Little is written about these camps, and Barr brilliantly brings to life the horrors of what went on: the appalling unsanitary conditions, the diseases that were not cured or treated because they were used as a kind of population control, the separation of children from their mothers, rape, beatings and hunger. Sarah tells of her time in the camp through a series of diary entries, ostensibly written to her husband, even though she knows he will probably never read them. This gives the reader a way to get directly into her head, and into the camp. It makes for difficult, harrowing reading. 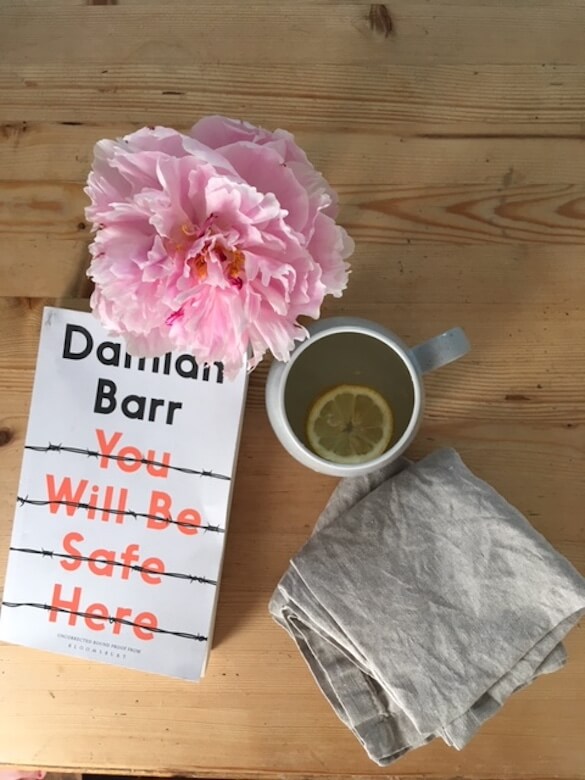 Just when you feel you can’t take more of the awfulness of Sarah’s story, the book switches to a different narrative. This section was inspired by a horrific true story, which makes it all the more compelling. Willem Brandt is 16 and has suffered taunts and bullying at school, where he is accused of being a ‘moffie’ (gay). His mother’s macho boyfriend is ashamed of and unnerved by Willem’s sexuality and decides he needs to be sent off to a camp for troubled boys, in the hope that it will “‘sort you out – see?” He holds the contract up and reads aloud: We make men out of boys.”‘ The terror Willem feels is beautifully conveyed, and it’s a deeply moving account of the damage done by trying to force children to be something they aren’t.

Barr weaves together the two narrative threads through a school history trip Willem goes on, but the section describing what unfolds in the wilderness boot camp was, for us, the most captivating and upsetting part of the whole book. It’s a book that wants to upset us, to force us to engage in conversations about our history, about our attitudes to gay people, abuse and what we do with these stories moving forward. It’s unsettling and devastating, and it absolutely should be.

Next month’s book will be a holiday read. For us that means something a bit lighter, something that’s gripping but doesn’t demand too much intellectual wrangling and won’t make us weep off all our sunscreen. So, we’ve chosen Nina Stibbe’s hilarious and poignant memoir, Love, Nina. Want to win a copy? Leave us a comment below and we’ll enter you in to the draw for a copy.

And do tell us what you’ve been reading, and what you like to take as a summer read on vacation.

For other Bookclub reads go here and here.

Tagged with: bookclub, linen napkins, summer reading, you will be safe here