A new milestone of LinenMe project was reached on the 14th of October, 2010. It was a big day – the showroom in Merchandise Mart in Chicago (USA) was officially opened! 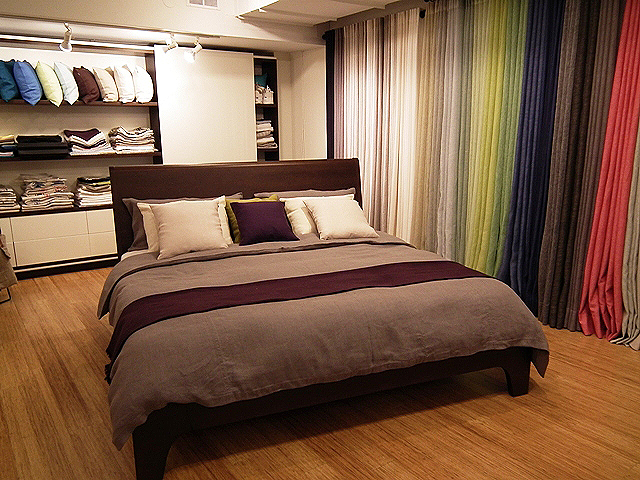 “Merchandise Mart in Chicago is a world’s biggest commercial building. It hosts showrooms, boutiques and exhibitions of most famous design brands in the world. Having a showroom there means becoming part of leading companies and brands, becoming one of those dictating design trends for the whole world! And this is a big day for us!” – says Inga Lukauskiene, the owner and chief designer of LinenMe. “Although we have already started our activities in Merchandise Mart in July, the showroom was officially opened in October” – she adds. 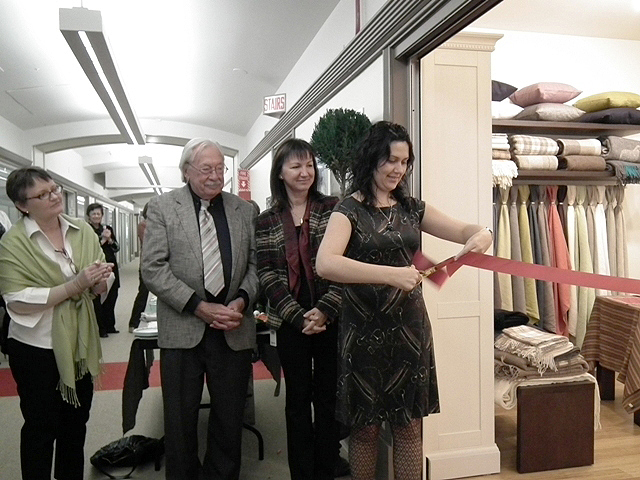 The opening attracted many guests – interior designers, retail market and Lithuanian consulate representatives, colleagues from other showrooms and boutiques in Merchandise Mart. New collections of colorful linen curtains and pure wool throws of beautiful designs and top quality were presented.

“We stick to the mission of LinenMe of presenting our high end linen textile with lots of hand work to wider publics” – says Inga Lukauskiene. “And it was a real joy for me as a designer and producer to see the astonishment my new products induced during the opening! The guests were surprised by the gorgeous shades of curtains presented and by the very fact that it is possible to produce linen fabric curtains and they look so splendid. Wool throws attracted much attention because of original patterns, softness and high quality. ” 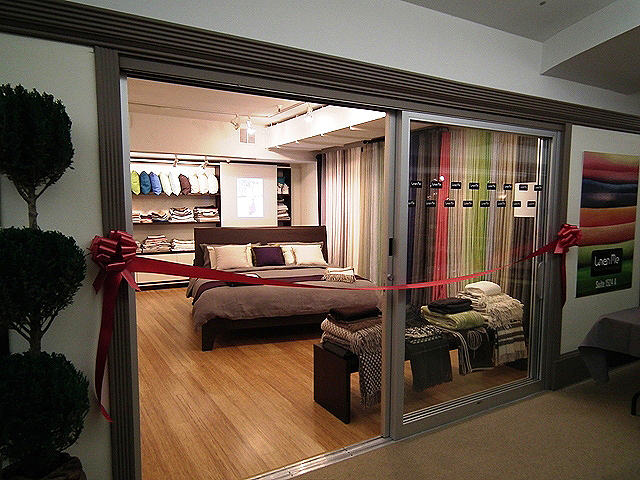 It is widely (and wrongly!) considered linen is a bit boring fabric which requires much care. LinenMe strives to show linen products can be of any color, pattern and design one could wish for. And also stimulates trying of linen items – many years of experience showed that once a person tries linen clothing, linen bedding, linen table accessories or else, he or she keeps purchasing new items as it is difficult to give up the comfort and all the benefits linen provides. More of linen benefits read here.

“Being a part of world famous design brands in Merchandise Mart means a challenge for us in terms of meeting high expectations of the design market, but also it is a unique possibility for us to give linen fabric a second life and spread a word about an ancient traditions and skills of linen-making of Lithuania” – says Inga Lukauskiene.

What is the phone # for the Chicago showroom?

Looks beautiful, and I just want to jump right into that picture and touch all the beautiful pieces. The photo of the ribbon cutting is very special and it was a great day. Congratulations!