For those of us who aren’t big readers a summer vacation is often the only time we actually feel like reading, or have the time to really engage with a book. Choosing a summer read is a treat – you anticipate the hours of relaxing on the beach or slow breakfasts in bed with a good book. Magazines and newspapers often run lists of Best Beach Reads, filled with great suggestions for gripping, not-too demanding books. But the idea of a summer read can be controversial. Some of us want lighter books that keep us turning the pages but that aren’t massively complex. Others relish the chance to spend time thinking hard about a subject that they usually wouldn’t have the time or energy to consider. 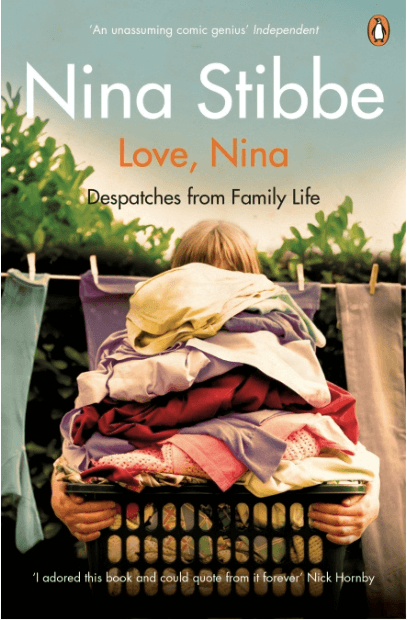 If you love funny, zip-along, well-told stories that also have bags of heart and intelligence we think you’ll love this month’s book club choice: Love, Nina by British author Nina Stibbe. The book is a memoir based around a series of letters written by Nina to her sister, Vic, while she is away working in London as a nanny in the early 1980s. The family she is working for are part of the British literary establishment, with renowned playwrights and writers dropping in for tea or fixing bicycles.

Nina’s letters are full of the dilemmas and challenges of being a young woman starting out on her independent life and trying to find her place in the world. She writes with wry humour and a whip-smart eye for quirks of character, describing Samuel Beckett’s plays as ‘people talking nonsense in dustbins and making funny noises’. Stibbe nails people’s personalities with a pitch-perfect balance of comedy and humanity that avoids ridicule, and she is as ready to send herself up as anyone else. In one letter she writes, ‘People come round loads. Some real weirdos. The other night one of them laughed at my ponytail (very short and a bit sticky-out)… I told Mary-Kay later, “I saw (that woman) pointing at my ponytail and smirking.” MK said, “Oh she’s just an idiot and you’re more of one for caring.” That’s what she’s like.’ 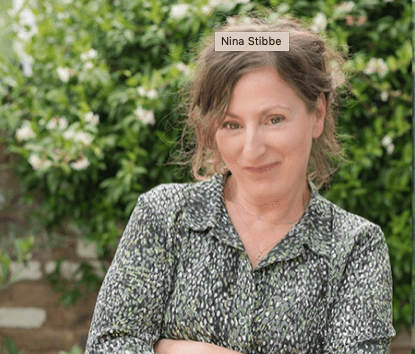 What’s so wonderful about this book is the relatable everydayness, despite being based in a fairly rarified North London world.  It’s filled with nostalgic details that makes you want to be sitting at the table in the chaotic kitchen as Stibbe serves a dubious coleslaw. There’s a delightful truthfulness and warmth that makes this book a sheer joy to read. It was adapted by the BBC as a successful mini-series, and Stibbe has written several novels that all contain her wisdom and humour – and lots of animals. Her latest, Reasons to Be Cheerful, centres around the life and loves of a hapless dental nurse, and sounds just as beguiling and charming as Love, Nina. We can’t recommend her highly enough.