Did you know that linen is often used to make books? It’s not surprising, given the great versatility of this magic material, that linen has been used for centuries in another unlikely area of life. We thought there was a lovely connection here between our strapline, ‘Your story told in linen’ and this actual, physical telling of stories using linen. So we went to find out more. 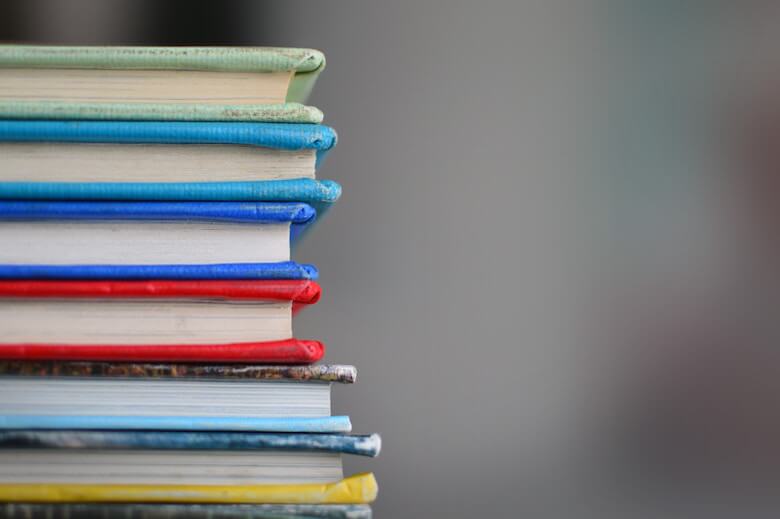 How linen is used in bookbinding

Speaking to a local bookbinder (someone who hand-makes books), we discovered that linen is used in several stages of a book’s production. There are linen threads and linen sewing tapes, used to sew sections of a book together. Linen is chosen here for its strength but also its softness, which ensures it can hold a book together without tearing the paper pages. Unbleached is preferred but coloured threads are also available for decorative bindings. Often the threads are waxed for smoother sewing and to prevent kinking.

A linen ‘mull’ is often used to cover any tapes after sewing to create a more refined finish.

Once the sections of a book have been sewn together, linen may be used to line a cover, or as the cover material. As linen is so durable it has long been a popular choice for book covers, offering flexibility and strength, and a lovely tactile feel.

For conservation or restoration of antique books bookbinders will sometimes use Aero Linen. This was originally developed by early aviation engineers to create a membrane to increase the aeroplane’s strength in the air. Its fine structure and hard-wearing nature made it popular with bookbinders, who saw the potential to adapt the material for their work.

A brief history of making books 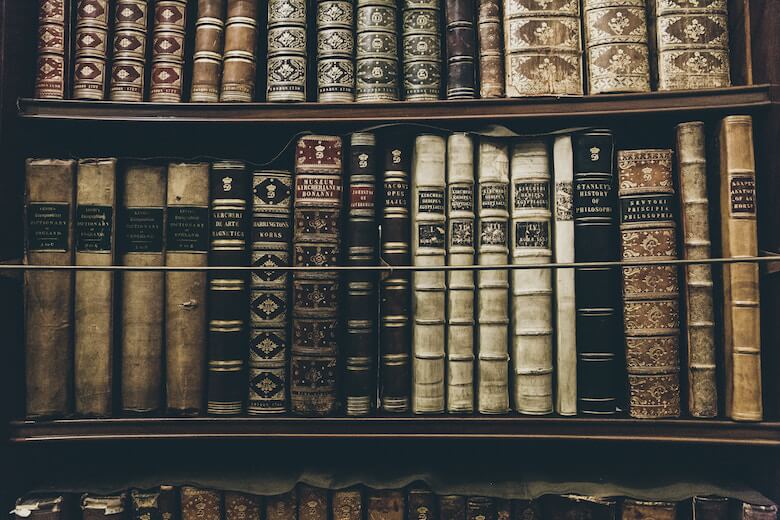 It’s easy to walk into any bookshop and be seduced by the beautiful covers and great reviews. But do you ever give a thought to how each one of those books was made? Us neither! Since the Egyptians created papyrus scrolls people have told stories using parchments. As writing developed, people used paper, which they cut into panels and placed in stacks that they sewed together. They finished the book with a piece of hard board, and later leather, to protect it. Medieval monks also used wooden boards to protect their precious, intricately illustrated manuscripts.

With the printing press came a faster way to produce reading material. Instead of writing a book with a reed pen, people began to use the woodblock printing technique. This enabled more books to be made, and grew in popularity with the Industrial Revolution. The late 19th Century saw a move away from cord bindings, and instead to linen tapes. The sheets of sewn paper were glued to covers, which were made from thick paper or cloth (like linen).

It’s a short step from this to the mass-produced paperbacks and hardbacks that we read today. But there are many professional bookbinders who still work to create beautiful books and restore old ones. They remove dirt and marks, take apart and reattach spines and mend tears and rips. It’s a skill that comes with its own rewards, and is part of the wider cultural history of literature.

To find out more about bookbinding, check out this Pinterest page.

And now, with our linen homewares you can tell another story – your own one, through the things you choose to surround yourself with as you go through life. We love linen for all the same reasons as the bookbinding world: its strength, softness, versatility and appearance. It’s always surprising where it will pop up next!

For more on linen history go here and here.