The Production Method of the Amazing Natural Fabric – Linen

Linen yarn used for manufacturing linen is spun from fibres found in the stem of the flax plant. The yarn is used for weaving. Fabric woven from the flax yarn is called linen. Linen is a fabric that is quite popular nowadays because of its uses for sheeting, clothing and towelling.

Being a natural insulator linen keeps you warm in the winter and cool in the summer. This unique feature makes linen a popular fabric for making beddings. On top of being a natural insulator, linen tends to become softer and feel nicer to touch after multiple uses. It is a fabric that will last you a lifetime, since it is woven pretty tightly. 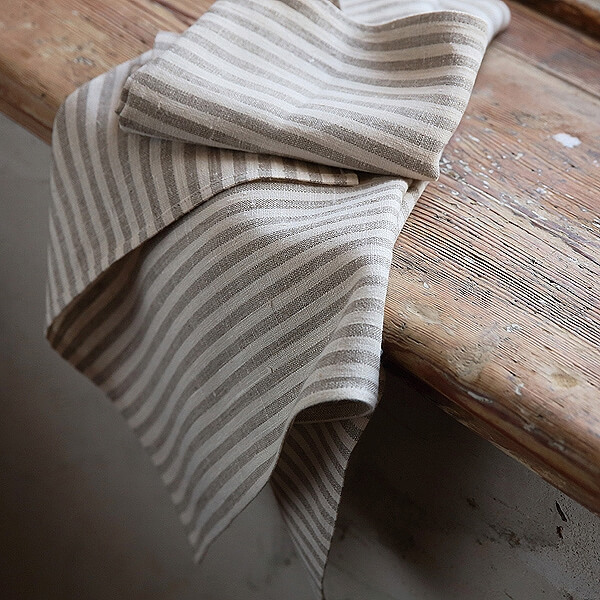 All that is needed to turn flax fibre into linen, and then spin and weave the linen fibres into linen fabric is the cellulose flax fibre from the stem of the flax plant. The process for separating the fibres from the woody stalk can use either water or chemicals, but these are ultimately washed away and are not part of the finished material. Flax grows in temperate climate, on fertile, alluvial types of soil, in areas with moderate rainfall. People cultivate flax as a source of food, oil, fibres and in decorative purposes. Growing flax is relatively easy and inexpensive, but the production of the fibre that is used for making linen is a very difficult task that requires a lot of knowledge, experience and time. Although nowadays it is a rare thing because of the automatization process, the production of flax fibre is usually still done by hand.

What is the production process of linen?

Thank you for your question. I suggest you take a look at this article, which explains how linen is made.

Pingback: Want to Know How Our Beautiful Linen is Made?