Linen tea towels are often taken for granted. We reach for them to mop up a spill, or to wipe sticky small fingers, or whilst catching up with a friend as you dry up after dinner. We might buy them as gifts because they perfectly match our best-friend’s new kitchen colour scheme, or wrap a freshly baked loaf in one before taking it round to an ailing neighbour’s house. But how much do we know about the history of the tea towel?

In this post we explore the origins and growth in popularity of this humble, workhorse home textile. 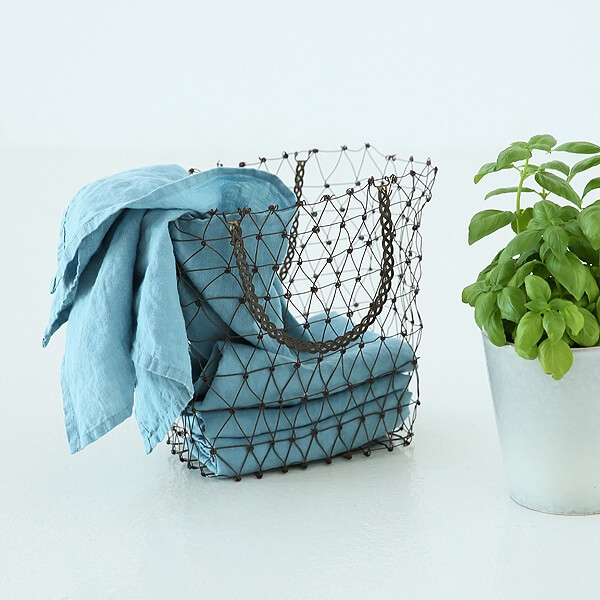 Origins of the tea towel

Known in the USA as ‘dish towels’ or ‘kitchen towels‘, the tea towel began its life in the homes of the Victorian middle classes. Serving afternoon tea was an important ritual in the late 18th-mid  20th centuries, where a table would be laid with a tablecloth and the family and guests would be served on a fine bone china tea set. There would be sandwiches, cakes and possibly fruit, all washed down with a pot of tea, brewed from tea leaves. In order to protect their porcelain and chinaware, linen tea towels were used. These protected delicate dishes and cups from scratches, and also kept them lint-free. Tea towels would also have covered food to keep things fresh, and to keep flies away if tea was served outdoors.

Servants and housewives began hand-embroidering their tea towels. These beautiful textiles were handed down as heirlooms, and you can find many today in flea markets and vintage stores. It’s hard to source pristine vintage tea towels, however, as they were usually kept in use in the kitchen. Embroidering was the beginning of the idea of creating decorative tea towels. With mass-production during the Industrial Revolution more households were able to buy tea towels (often women had had to use cut up flour sacks to create cloths previously). And by the mid-20th century there was a strong market for printed tea towels.

These were intended to be on display, not merely to be useful kitchen objects. They were printed with bold graphics, historical scenes, images of the natural world, national landmarks, floral patterns, table spreads and cartoon characters. The kind of thing you might remember seeing in your grandmother’s kitchen, and which may even have been handed down to you. Because linen is so durable tea towels will survive many years of use, making them part of a family’s history across generations. 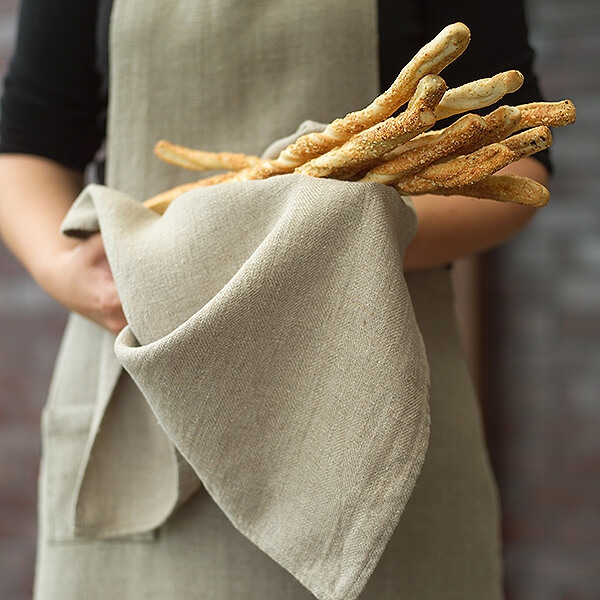 Other uses that you may not have considered are:

To read about the wonderful world of vintage tea towels, check out this book. Just remember: the better quality linen tea towel you buy, the longer it will last.

For more on kitchen linens go here and find out how to look after table linens here.