As our washed bed linen gets increasingly popular, we think it would be useful for our clients to know more about the pre- washing processes. Today let’s speak of stone washing.

As we wrote in earlier blog posts, stone washing is a part of a washing process done with stone, most often pumice, on thick natural fabrics like linen or denim. Stonewashed bed linen has this broken-in touch, slightly worn look to them and a nice touch of fade to the color. This way linen bed linen becomes much softer to the skin, acquires this shabby chic look and pleasant feel that are so sought after by modern educated shoppers of quality bed linen. 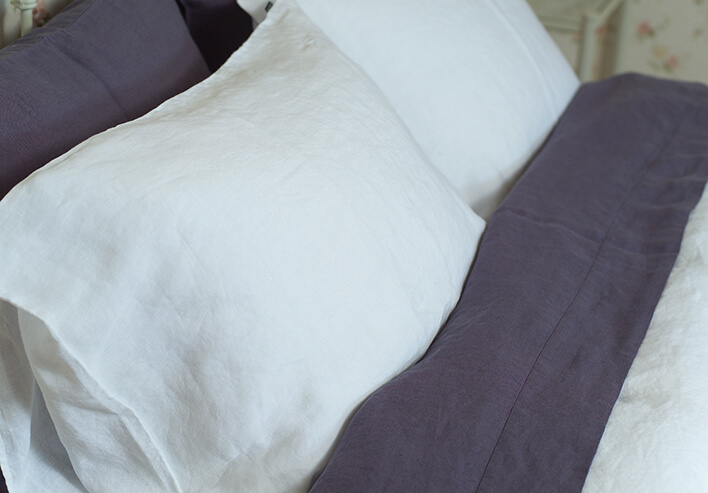 Large pumice stones are mixed in with linen fabric in industrial washing machines and get washed together for 2-3 times. During this process the stones to rub and pound the fabric.

After removing pumice stones, the fabric goes through several rinsing cycles. This helps to get rid of the stone parts that break off and get caught into the fabric. Pumice is used in this process because it is a lightweight, abrasive stone that gives the bed linen fabric the “stone washed look” easily. 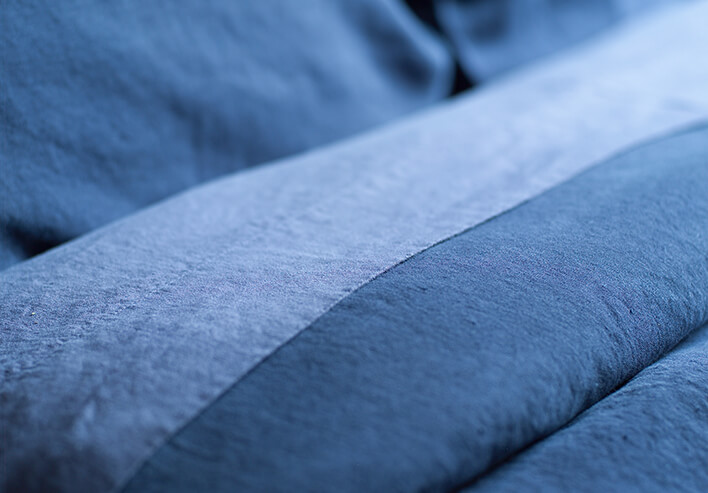 Stone washing wears out and breaks in the cloth this way making it ready to become stone washed bed linen that appeal to customers greatly. It also makes the linen fabric suppler instead of being stiff and needing some cycles of washing to achieve the same effect.

What a customer should know

As we said above stone washed bed linen offer consumers comfort of the comfortable and immediate use, but there are some things one should know before buying stonewashed linen. Always check the fabric and products you are buying, especially from sellers you barely know. The fabrics are washed in large industrial washing machines with large rocks, so problems can arise. Such like rips, tears and fraying. Quality producers always check this themselves before producing any products for end users, but double check yourselves. 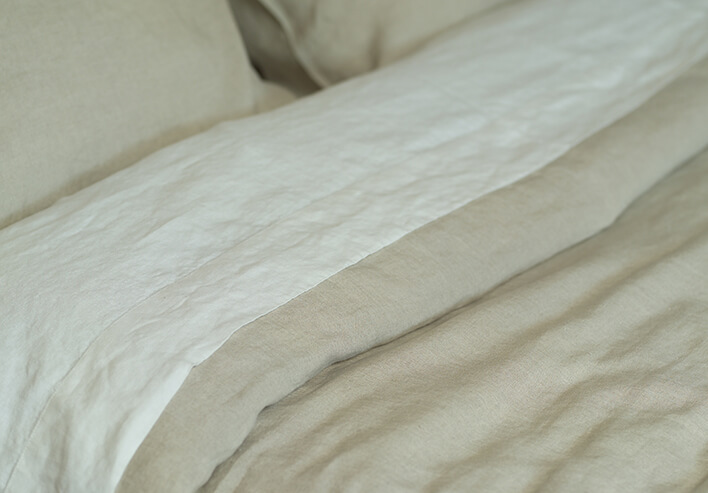 If the process of stone washing is done incorrectly, e.g. too many cycles were used; the fabric may become too thin and tend to wear out much quicker.

Also it’s maybe interesting to know that the type of stone washing by using enzymes allow to avoid the disadvantages of regular stone washing. This process is a chemical wash which gives the linen fabric the same look as stone wash but without the wear that the stones actually give it. And it is replacing the classic stone washing technique greatly.