Sustainable Fashion: How Linen Can Offer A Solution

In the UK this month parts of London’s busiest shopping area have been blocked to traffic by Extinction Rebellion climate protestors. This positioning is aimed partly to make a big impact, but also makes us face up to how the fashion and retail sector contributes to environmental problems and climate change. There’s a growing move from consumers and activists to challenge the idea of ‘fast fashion’ and to encourage consumers to make more considered, eco-friendly choices about what they buy. So, we thought it was timely to remind everyone how linen might offer one solution to our desire for beautiful clothes, and the increasing recognition that we need to live more sustainably. 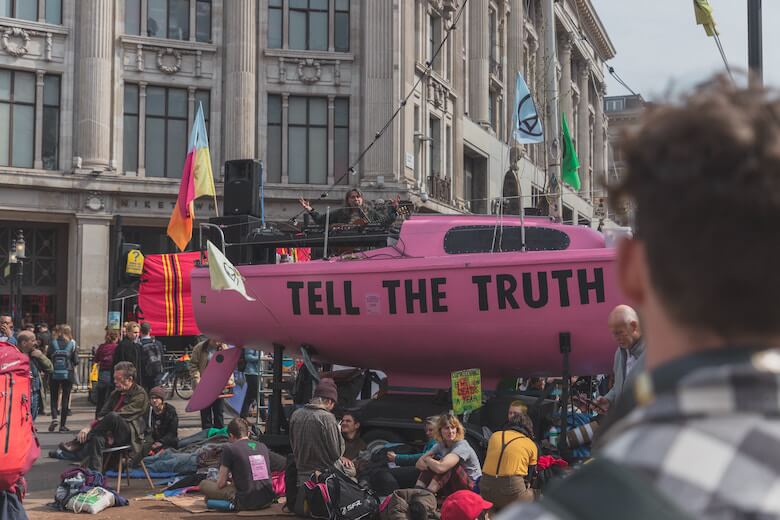 What is ‘fast fashion’?

This describes the fashion industry’s constant cycle of creating styles and using certain materials that are then replaced a few months later with a new trend. This cycle repeats continuously, with consumers told they need to have the ‘latest’ shapes or looks. It encourages us to discard clothes and forces manufacturers to create garments quickly to meet the demand for the next big thing. This results in massive amounts of clothes going to landfill, and to poorly-made, unsustainably-produced clothing that doesn’t last for long. Conditions in the factories producing these cheap clothes are often appalling, and the producers pay their workers (often young children and women) inadequate wages. 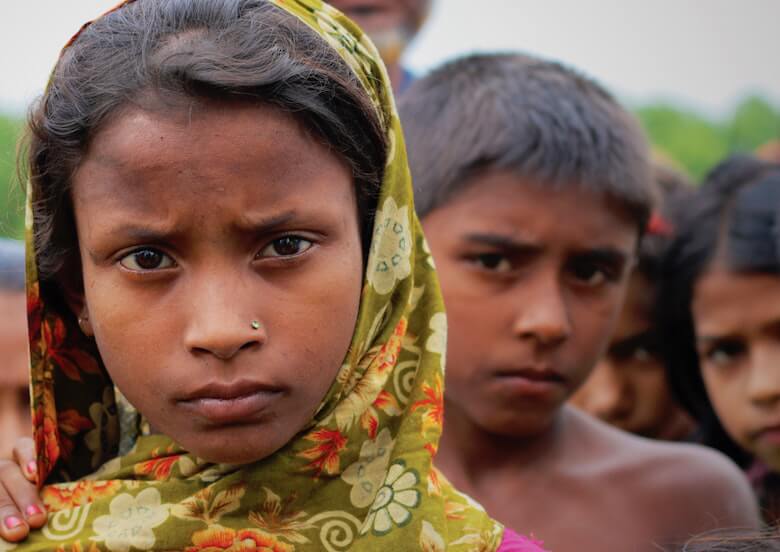 According to this article in Forbes, ‘Nearly 70 million barrels of oil are used each year to make the world’s polyester fiber, which is now the most commonly used fiber in our clothing. But it takes more than 200 years to decompose.’ We buy more clothes than ever before – the fashion industry is worth a staggering reputed $2.5 trillion – but discard them more quickly. Despite many of us taking unwanted clothes to charity shops, only 10% of clothing is reused, the rest goes to landfill.

Why is linen different? 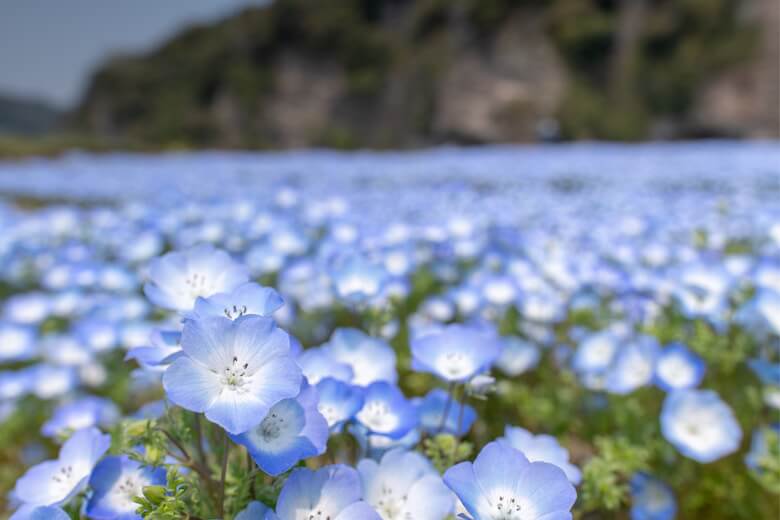 Growing and processing linen, from flax field to finished product, uses fewer resources than other materials like cotton. This means less drain on the planet’s resources. It’s also biodegradable so any waste will simply decompose rather than sitting in a rubbish tip or floating around the oceans. Linen is durable and hardwearing, so any good quality garments you buy will keep going for many years, again resulting in less waste.

It takes around 22,000 litres of water to produce enough cotton for one t-shirt and a pair of jeans. But flax requires less water to cultivate and will grow on poor soil fewer (or no) pesticides. Linen is perfect for the model of ‘slow fashion’ that we need to adopt in order to redress the damage caused by mass consumption.

How do we encourage sustainable fashion?

At LinenMe our philosophy is based on creating beautiful linen homewares with a minimal impact on the planet. By reusing offcuts of larger pieces of fabric we reduce waste, and we combine traditional hand looms with modern production techniques to work efficiently. We don’t follow fashion fads – we design clothes that are classic and enduringly stylish, rather than pandering to the latest trend. We love fashion and are always creating new designs and researching the best silhouettes and cuts, but we won’t produce anything that we know won’t stand the test of time. Buy a linen dress from us now and it will look just as fabulous next summer, and the summer after it. 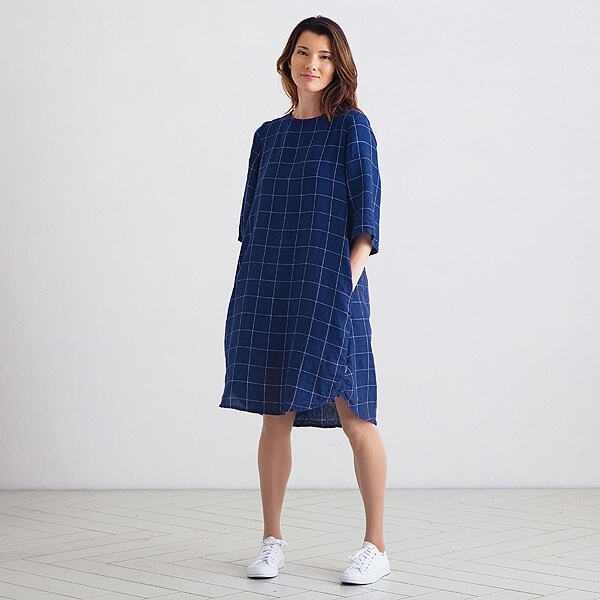 We design for people who want great quality at affordable prices, not those looking for inferior textiles based solely on price. We pride ourselves on offering a range of products for every budget, and the cost-per-use of a linen garment is significantly lower than a cheap piece from a fast-fashion high street chain that might fall apart after just a few weeks. Investing in well-made, sustainably-produced beautiful linen homewares and clothing is an investment in the future: of your home, your wardrobe, and the planet.

So next time you’re tempted by glossy images of catwalk clothing billed as the new ‘must-haves’ think about whether linen might be a better option all-round.

Find our why we think linen wins over cotton go here, and for more on linen’s eco-credentials try this.